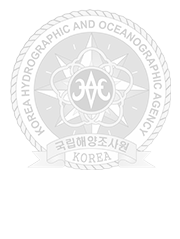 1. IHO Member States or Other States1 who are providers of official nautical charts or nautical publications issued by or on the authority of a government-authorized hydrographic office. These charts and publications are specifically produced to meet the requirements of marine navigation in accordance with the requirements of the Convention on the Safety of Life at Sea (SOLAS) Chapter V. The codes in these domains are used primarily for Electronic Navigational Charts (ENCs) and for other officially authorized products which supplement, such as nautical publications and marine information overlays.

The two-character Producer Code acronyms in these domains comprise two letters or a letter followed by a number; and are based, wherever possible, on the ISO 3166-alpha2 country code standard.

IHO States and Other States correspond to Tables 1 and 2 in the downloadable pdf, which is available from the link located at the bottom of the main Producer Code Register page, which can be accessed from the “Codes” link above.


2. Other Organizations/Entities who are any agency, organization, or private company that produces data that conforms to IHO standards, or IHO-derived standards, but that do not qualify for a Producer Code as described in 1 above (that is, datasets in this group are classified as “non-official” datasets).

With a few exceptions, the two-character Producer Code acronyms in this part of the register generally starts with a number between 0 and 9 in order to clearly distinguish them from the country Producer Codes as described in 1 above.

Other Organizations/Entities correspond to Table 3 in the downloadable pdf.

3. The list of Data Producer Codes, accessible from the “Codes” link above may be ordered alphabetically, forward or reverse, according to any of the columns in the list. A csv version of the IHO Data Producer Codes is downloadable from this list in addition to the pdf.

4. A cumulative list of all major changes to the list of Data Producer Codes (new or removed producers; changed numeric or alpha Agency Codes) is maintained on the IHO web site at:

1 “Other States” means implicitly that they are not an IHO Member State.
PDF Version Export to CSV